Adapting to extreme events and planning for a resilient future

The world has recently seen extreme climate events and natural disasters, occurring simultaneously in various countries. As of 1 October, over 2000 cities in 35 countries all over the world have declared a climate emergency. The recent wildfires in several cities in Greece, Sardegna and Portugal and the deadly floods in Germany, France and the Netherlands affected vulnerable populations. Unveiled on 24 February by the European Commission, the EU Strategy on Adaptation to Climate Change aims to prepare Europe to face climate change impacts by indicating strategies to enhance adaptive capacity, strengthen resilience, and reduce cities’ vulnerability.

The opening plenary will look into the strategy and the Mission for Climate Adaptation and Societal Transformation and will offer insights from European institutions and cities on how Europe can become climate resilient by 2030. The session welcomes speakers from European cities such as Malmö and Thessaloniki and representatives from the European Commission, the United Nations Disaster Risk Reduction Office (UNDRR), the European Investment Bank (EIB) and the European Bank for Reconstruction and Development (EBRD). 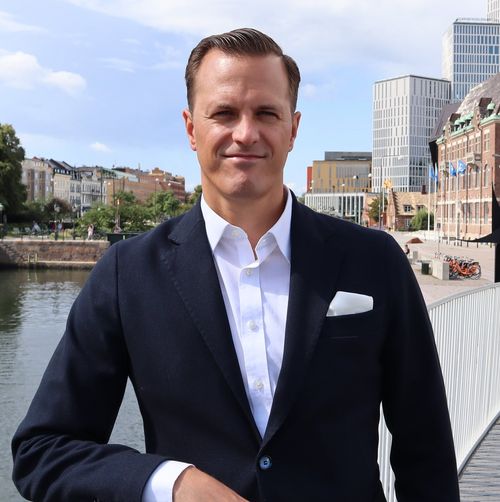 Simon Chrisander (Liberal party) is deputy mayor in the city of Malmö, Sweden. He is also chairman of the Environmental Committee and have the overall political responsibility for city planning and environmental issues in Malmö.

Hear him speak in the Opening Plenary. 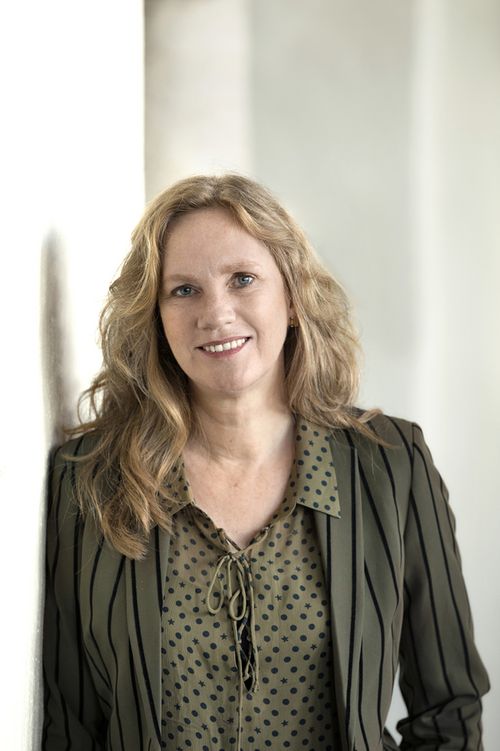 Harriët Tiemens has served as Deputy Mayor for the City of Nijmegen for seven years until September 2021. She was responsible for Sustainability, Housing and Mobility. Heading the campaign to become European Green Capital 2018, she has represented Nijmegen in a number of international and European conferences and meetings, such as the COP, the EU Urban Agenda, the Austrian World Summit, GlobeEU, EcoProcura, Polis and meetings with the European Parliament and European Commission. Tiemens studied Environmental Science and Public Administration. 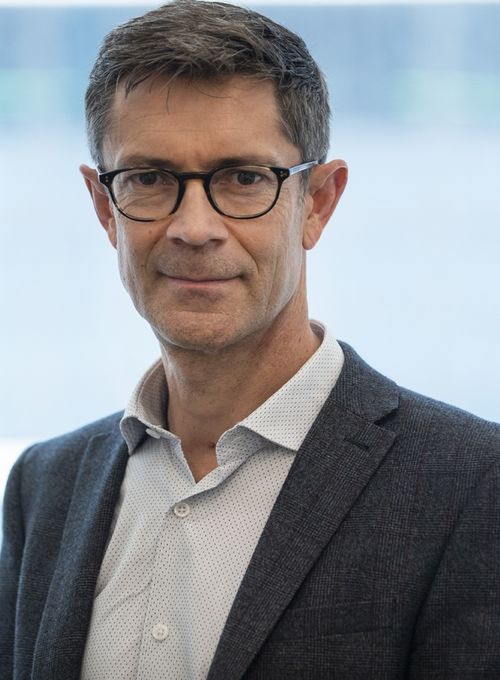 Dr Jollands is a sustainable energy, climate finance and policy professional with 29 years’ experience leading innovation across multiple sectors and levels of government. He has spent the last 15 years as a climate finance practitioner delivering investment and policy outcomes in 30+ countries. He is currently co-Lead of EBRD Green Cities, the Bank’s flagship EUR3 billion investment programme supporting cities to address their environmental and climate challenges.

Elena Višnar Malinovská is currently a Head of the climate adaptation unit in DG Climate Action of the European Commission. She has worked for 13 years in the European Commission in different positions. As a policy officer in the Secretariat General, she dealt with environment, energy, mobility and climate policies (2005-2010, 2014-2016). In the Cabinet of Commissioner responsible for environment (2010-2014), she spearheaded the review of the air quality legislation as well as oversaw the infringements policy in the environment field. During the Slovak Presidency (2016), she acted as a spokesperson. She holds a law degree from the Comenius and Thyrnaviens universities ("JUDr.")  in Slovakia and diplomas from European studies (SciencePo in Paris, College of Europe in Poland). An enthusiast cyclist (female winner of VéloMai competition in the Commission in 2019), runner, mother of three hockey players and a scout leader.

Hear her speak in the Opening Plenary. 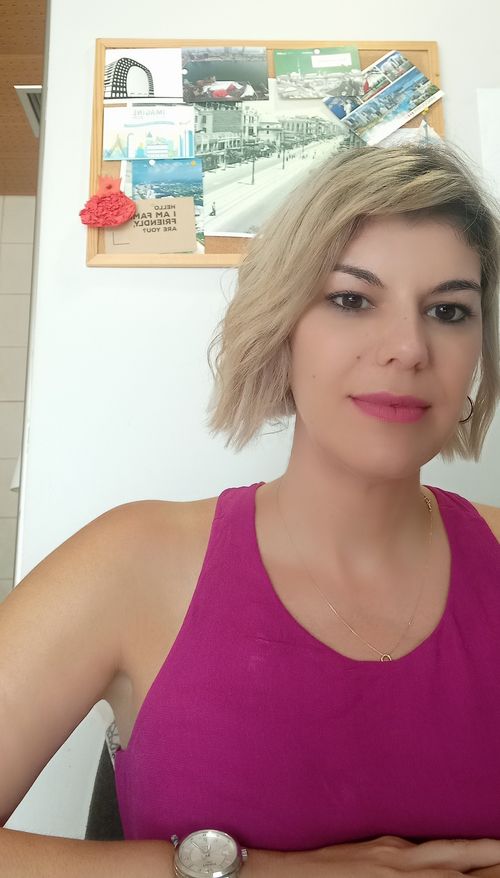 She has been working on the development and implementation of the city’s Resilient Strategy “Thessaloniki 2030”, holding the portfolio of Financial Planning and Administrative Affairs and just recently became the Project Manager of the city’s Urban
Resilience Observatory, a newly established Municipal Office launched in October 2019. She is the Project Coordinator of the European Investment Bank Finance Contract for the Municipality of Thessaloniki and project team member of a number of European funded projects relevant to her expertise. Her background is in Financial Studies, she holds a Master’s degree in “European Integration & Governance”, University of Macedonia, Greece and a second Master’s degree in “Spatial Planning for Sustainable and Resilient Urban Development”, Aristotle University of Thessaloniki (AUTH), Faculty School, Greece. 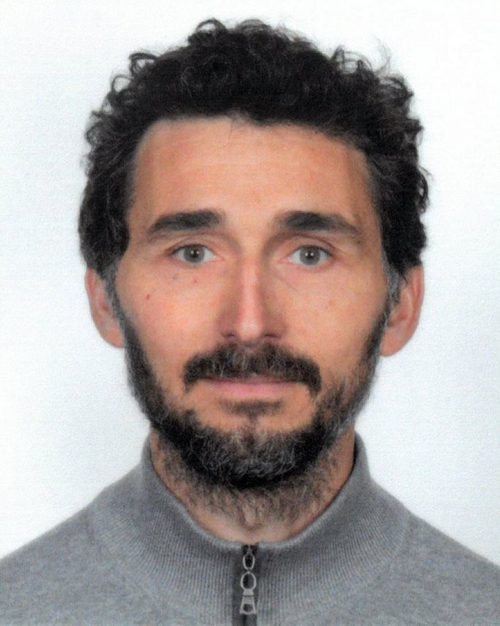 Sebastien Penzini joined UNDRR in 2011 to work on the preparation of the 3rd Global Platform for DRR. In addition, he continued to work on the organisation of other global conferences, including the 3rd UN World Conference on DRR held in Sendai in March 2015. Since his arrival at the Regional Office for Europe and Central Asia, he has been working on various programmes related to risk assessment, disaster loss databases and knowledge sharing. Sebastien holds a master’s degree in International Relations and Political Science from the Institute of Political Studies (Sc-Po, France) and speaks French, English, and Spanish. 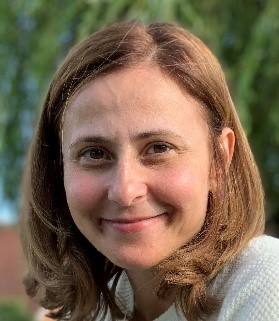 Dr Cinzia Losenno has over 15 years of experience in financing for climate change adaptation and resilience. Dr Losenno joined EIB in 2016 and is responsible for EIB’s strategic and operational approaches on adaptation financing in all sectors and regions of EIB operation. She leads EIB’s development and implementation of new business processes to manage physical climate risks in EIB operations. She co-chaired the development of an adaptation taxonomy under the EU Technical Expert Group on Sustainable Finance, and is currently the co-chair of the Multilateral Development Banks’ Working Group on Adaptation Finance. Before joining EIB, Dr Losenno was the climate change adaptation focal point at the Asian Development Bank. Dr Losenno also served as policy advisor for climate change in the UK government. She holds a PhD in Clean Energy Technology from The University of Edinburgh. 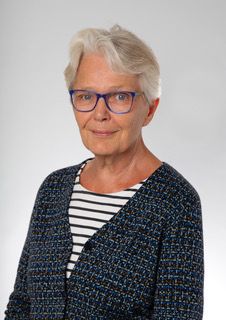 Margareta Wahlström is formerly the President of the Swedish Red Cross from May, 2017-May 2021. From 2008 including 2015, Ms. Wahlström was the Special Representative of the United Nations’ Secretary General for Disaster Risk Reduction, and simultaneously Head of the United Nations’ Office for Disaster Risk Reduction (UNISDR). Ms Wahlström served as the Deputy Emergency Relief Coordinator of the United Nations Office for the Coordination of Humanitarian Affairs  (OCHA) 2002-2008.
Ms Wahlström spent 2002 -2004 in Afghanistan as the Deputy Special Representative of the UN SG at UNAMA, in charge of  the coordination of humanitarian and rehabilitation planning and cooperation. In 1989 she joined the International Federation of Red Cross and Red Crescent Societies in Geneva as Desk Officer for Southern Africa 1989–1991, Deputy Director of Operations 1991–1994 and finally as Under Secretary – General, 1995–2000.